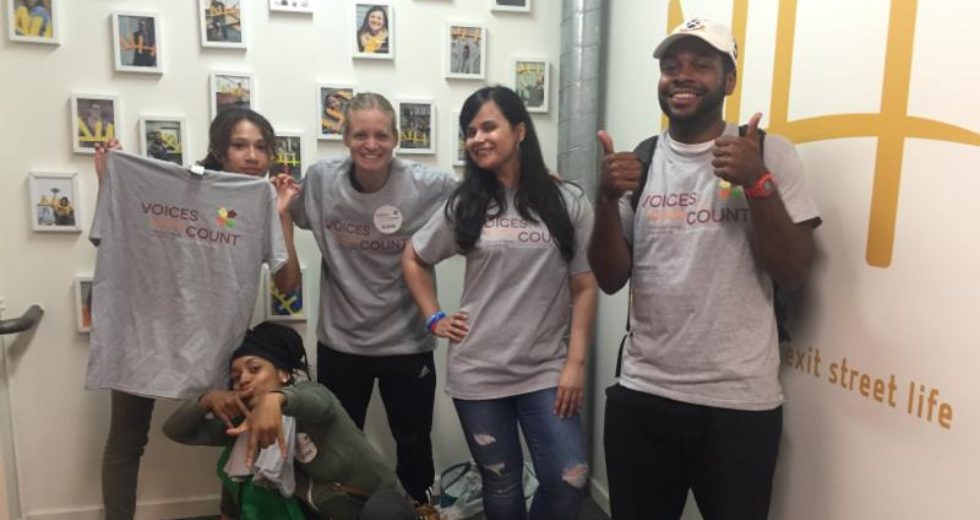 Leaders in advocates in central Florida now know much more about youth experiencing homelessness in their community. On April 10, Chapin Hall, with the Central Florida Commission on Homelessness, released a report based on that community’s first homeless youth count and survey.

Among the findings were that youth in three Florida counties (Orange, Osceola and Seminole) were more likely to be pregnant, black, gay or transgender than the general population, and that resources to help them do not match the demand. The study also found that 45% of the youth had spent time in the juvenile justice system, and 30% had been in foster care.

“Local leaders now have unprecedented level of information about the composition of the tri-county area’s homeless youth population,” said Beth Horwitz, a former Chapin Hall policy analyst who has worked closely with local homeless services organizations through Voices of Youth Count.  “This information can guide the development and refinement of a continuum of services that can prevent and end youth homelessness.”

Media coverage of the release included stories in the Orlando Sentinel, and an interview on WMFE, the local NPR affiliate, and coverage on ABC affiliate WFTV Channel 9.

The Chapin Hall authors of the report were Alison Chrisler, Beth Horwitz and Matthew Morton. Read more about Voices of Youth Count and Chapin Hall’s work to end youth homelessness.