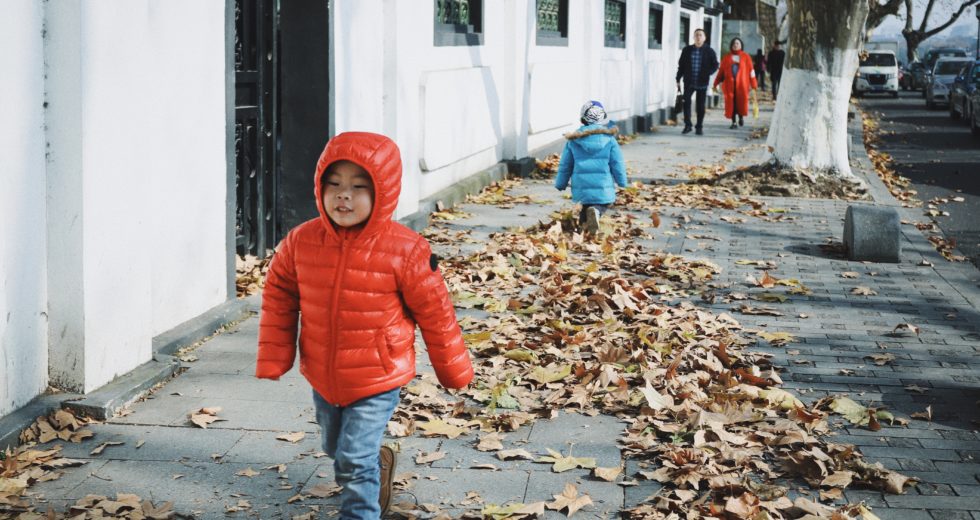 The Report on the State of Children in China is a research collaboration of policy researchers between the University of Chicago, the University of Peking, and Chapin Hall. Comprehensive in its coverage of different child outcomes, the report reveals glaring disparities in education, economic conditions, and emotional health between rural and urban children in China.

This study is based on analysis of data from the China Family Panel Studies, the first national representative household survey in China. We look at the “hukou” system of household registration, established by the Chinese government in the 1950s, which effectively reduced rural residents to a de facto second-class citizenry. We describe how the hukou status, tied to unequal access to public services such as education, employment, and healthcare, has led to the plight of rural children. Using bivariate and multivariate statistical methods, we examine all major areas of child development and risk factors such as family economic conditions, living arrangements, and neighborhood support.

In 2010, more than 70 percent of children in China lived in rural communities, of which one in four were left behind for long periods of time by one or both parents who seek work in urban areas. Children who migrated to cities with their parents constituted 15 percent of the urban child population. 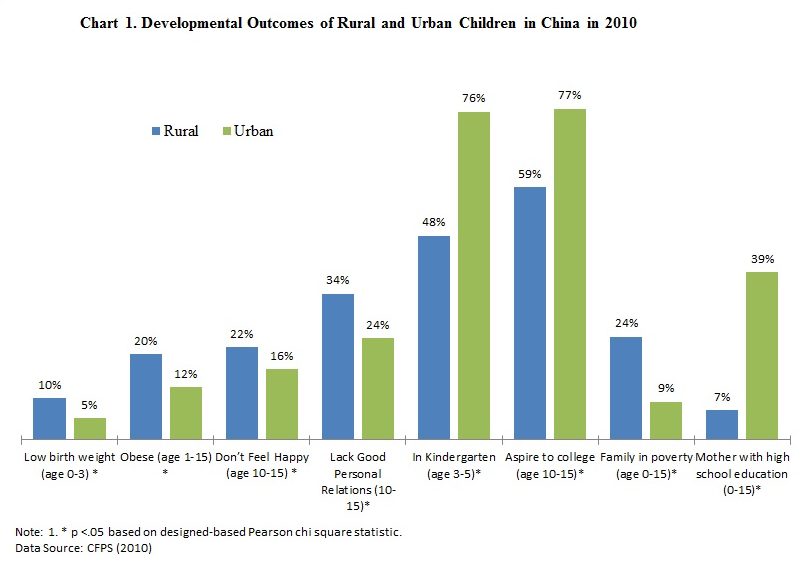 Compared to rural children with both parents at home, children who were left behind faced further adversities, including:

Despite the many adversities facing migrant children in urban areas, they fare better than their rural counterparts in most aspects of child development. But they still lag behind urban children in several areas:

Based on our findings, we make the following policy recommendations to improve the conditions of rural children in China: