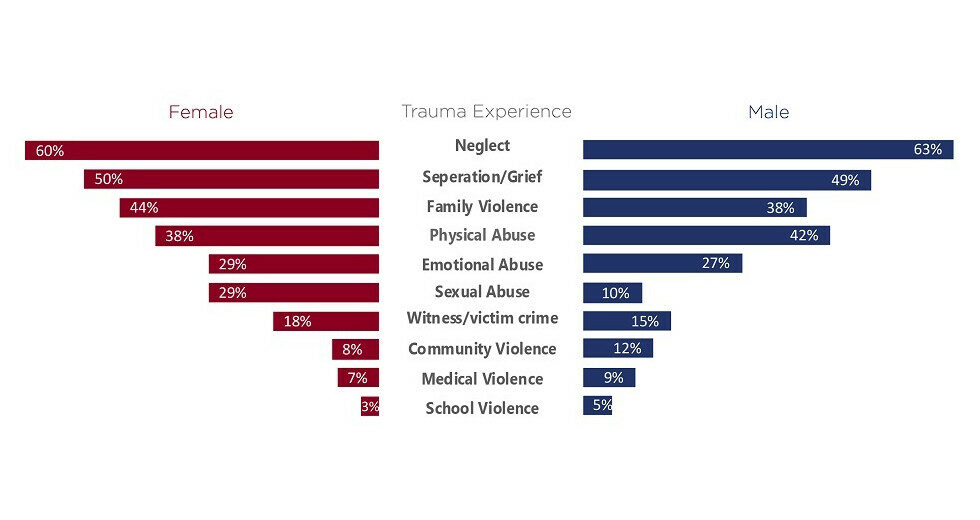 We analyzed data from a sample of Chicago area youth born between 1996 and 2002 with child welfare system involvement and a Child and Adolescent Needs and Strengths (CANS) assessment on file. Because we are interested in the role trauma experiences, as measured by the CANS assessment, play in juvenile justice involvement, we include only young people for whom we had CANS information. This resulted in a study sample of youth likely to have had one or more out-of-home foster care placements and an extensive child welfare history. We used administrative records to identify if and when youth experience a juvenile justice system contact, specifically, any instance of arrest, detention, court involvement, probation, or juvenile corrections.

This study’s findings suggest that trauma experiences are only one piece of a complicated puzzle contributing to crossover from the child welfare to the juvenile justice system. These findings highlight the importance of screening for trauma within the child welfare and juvenile justice systems, and across touchpoints, such as detention, court, probation, and corrections. There is also a need to ensure that relevant information about youth, such as trauma concerns or juvenile justice contacts, is available to agency staff as youth move across placements, programs, and agencies. Having this information may enable staff to better serve youth at increased risk for crossover. It is also important for both systems to offer a diverse array of evidence-based, trauma-informed interventions so that, once identified, youth needs can be effectively addressed.