Honored by the Child Welfare League of America 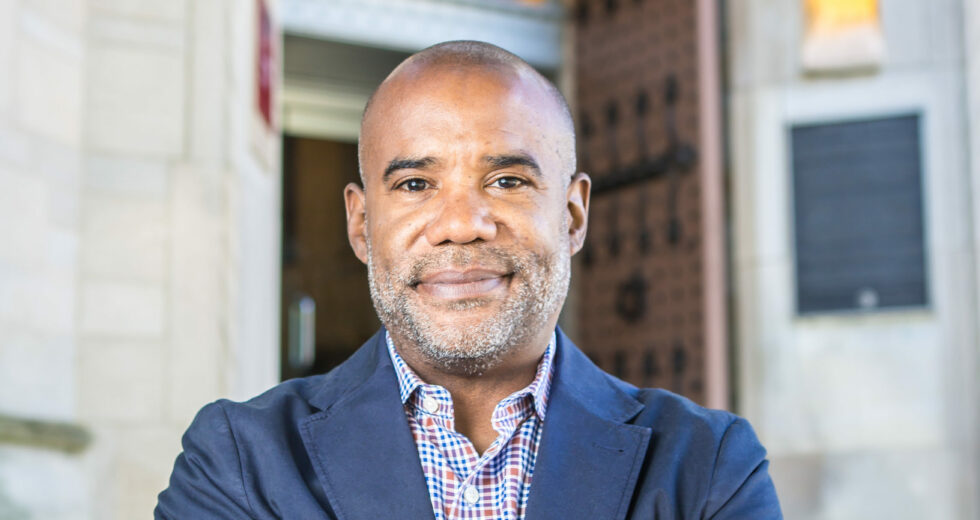 The Child Welfare League of America (CWLA) named Chapin Hall Executive Director Bryan Samuels one of its “100 Champions for Children” in celebration of the organization’s centennial anniversary. Awardees were nominated by their peers and chosen for their promotion of child well-being and for advancing the field of child welfare.

“He absolutely changed the field’s approach to well-being,” said Clare Anderson, a senior policy fellow at Chapin Hall and one of the people who nominated Samuels.

“The well-being agenda that Bryan led during the Obama Administration broke new ground in clarifying how trauma and early adversity can disrupt children’s healthy development,” Anderson said. “He laid out an actionable well-being framework for responding to children and families in the context of trauma and its impact.”

Samuels served as the commissioner of the Administration on Children, Youth and Families in the U.S. Dept. of Health and Human Services during the Obama Administration. He went on to lead Chapin Hall at the University of Chicago, a policy research center focused on child and family well-being. Under his leadership over the past seven years,  the number of Chapin Hall projects and partnerships  have doubled, greatly expanding the organization’s influence.

“We are grateful for the efforts of these role models in contributing to our shared goals of improving outcomes for children, youth, and families and helping them all to succeed and flourish,” CWLA said of their Champions for Children awardees. CWLA, founded in 1920, advances excellence in the field of child welfare by facilitating  connections among public and private sector service providers, advocates, communities, caregivers, and parents.

Samuels’ leadership has been shaped not only by having held one of the nation’s top posts in child welfare, but also by his positions in state and local government, including as the former director of the Illinois Dept. of Children and Family Services and the former chief of staff of Chicago Public Schools. His leadership is also informed by personal experience, growing up in an under-resourced community where his parents weren’t always able to care for him.

Chapin Hall is an independent policy research center at the University of Chicago that provides public and private decision-makers with rigorous research and achievable solutions to support them in improving the lives of children, families, and communities.