Priority is building a 'new era of equity' 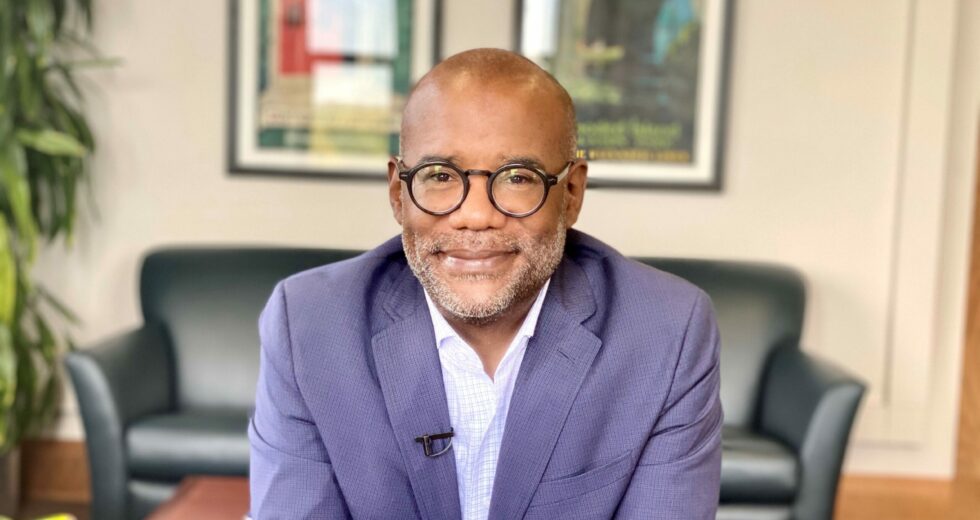 Chapin Hall’s Board of Directors today announced a five-year renewal of its agreement with Bryan Samuels to serve as Executive Director.

“The Board was unanimous in its vote to extend our agreement with Bryan Samuels as Chapin Hall’s leader,” said Mark Hansen, outgoing Chair of the Chapin Hall Board. “Based on his successful efforts since first taking the helm in the fall of 2013, Chapin Hall is not only operationally strong, but has also sustained and grown its impact and reputation.”

A cornerstone of Samuels’ recent leadership was the development and implementation of Chapin Hall’s strategic plan, which extended and deepened Chapin Hall’s focus on child welfare, youth homelessness, and community supports. Today, Chapin Hall is partnering with more than two dozen public child welfare agencies to integrate policies and practices that keep families together, taking original data collected during its seminal Voices of Youth Count initiative to create and test new policy and practice solutions aimed at ending youth homelessness, and building evidence in support of policies and practices that bolster families before a crisis occurs.

Incoming Chair of the Chapin Hall Board Daniel Abebe thanked Hansen for his role in ensuring Chapin Hall successfully navigated its transition to an affiliated center of the University. “Mark is to be congratulated for his steady and strategic guidance through a critical chapter in Chapin Hall’s nearly 40 years at the University. Together with Bryan and the Board, he ensured that Chapin Hall built the infrastructure necessary to successfully steward its assets and broaden its impact.”

Abebe also expressed his support for Samuels’ leadership of Chapin Hall. “In preparing to join the Board, I had the opportunity to hear Bryan’s thoughtful vision for Chapin Hall. Bryan is deeply committed to using research to help improve the well-being of families and identify systemic racism, to developing innovative evidence-based approaches to policymaking, and to diversifying Chapin Hall’s staff. As Board Chair, I look forward to working with Bryan to uphold Chapin Hall’s excellent reputation for rigorous research and real-world impact,” he said.

Samuels was gratified to accept the Board’s offer. “I’m grateful to the Board for their confidence,” said Samuels. “We know a lot about what children, young adults, and families need to thrive and I am committed to finding innovative ways to apply the science of well-being in our public systems, using research to design and implement evidence-based policies that overcome inequities, and helping systems build community and strong families. Through these levers, Chapin Hall seeks to do its part to bring about a new era of equity.”

Chapin Hall is an independent, not-for-profit, policy research center affiliated with the University of Chicago focused on providing public and private decision makers with rigorous data analysis and achievable solutions to support them in improving the lives of children, youth, and families. Chapin Hall has an annual budget of $21 million and employs about 150 staff, including researchers and policy experts who are national and international authorities in their fields.