Study Explores Success of the Becoming a Man Program 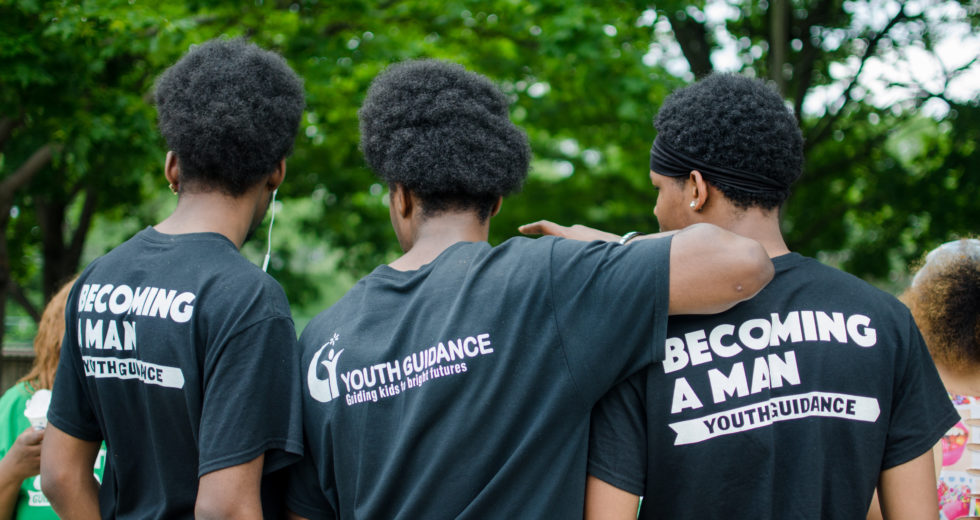 A qualitative study exploring why the Becoming a Man (BAM) program has shown such strong impacts on young men from at-risk communities was released by Chapin Hall.

Initial research found that BAM participation reduced violent crime arrests by 50 percent and improved graduation rates by up to 20 percent. This new report, “Bolstering Belonging in BAM and Beyond” explores why the program is successful through analysis of interviews with 29 BAM youth and 10 BAM counselors.

The report concludes that the key program components driving BAM’s effectiveness are:

We meet youth where they are—physically within schools and emotionally with nurturing adult relationships—to help youth form positive social identities that greatly improve their chances of school and life success.

BAM is a school-based group counseling program that helps young men learn and use social cognitive skills, such as showing empathy for others and identifying and evaluating consequences before acting. The program model integrates cognitive behavioral therapy and rites of passage work and focuses on six core values: integrity, accountability, self-determination, positive anger expression, respect for women and visionary goal setting. BAM operates within Chicago Public Schools in many of the city’s most disadvantaged south and west side communities.

“We meet youth where they are—physically within schools and emotionally with nurturing adult relationships—to help youth form positive social identities that greatly improve their chances of school and life success,” said Michelle Adler Morrison, Chief Executive Officer of Youth Guidance. “Chapin Hall’s findings, much like our recent University of Chicago Crime Lab study, give credence to our belief that adolescence is a time of incredible openness—and high school is not too late to intervene in the lives of youth and have a profoundly positive impact.”

Researchers conducted semi-structured interviews during the 2014–15 academic year to explore how BAM program components bolster youth development processes and what opportunities and challenges may exist for future program refinement. BAM’s core values are found to serve as anchoring points for participants in their decision making and emotional awareness. Findings further suggest that the encouragement of positive behaviors in alignment with the social norms of BAM often extend to other social groups in participants’ lives, such as school, sports, work and family.

The young men we spoke with in the BAM qualitative study were striving to know and show themselves in new ways as they grew into adulthood.
Jiffy Lansing, Chapin Hall

“This research shows us that there is a window of opportunity at adolescence,” said Jiffy Lansing of Chapin Hall. “Adolescence is exactly the time when we can effectively focus on developmental processes related to identity. The young men we spoke with in the BAM qualitative study were striving to know and show themselves in new ways as they grew into adulthood.”

“It’s broadly acknowledged that intervention in early childhood leads to better outcomes for children living in conditions of poverty and exposure to violence,” Lansing added, “Clearly, though, the teen years are another time that we can intervene to help young people do better.”

Chapin Hall at the University of Chicago is an applied social policy research center focused on improving the lives of society’s most vulnerable children, youth and families. The latest report complements a University of Chicago Crime Lab randomized controlled trial that evaluated BAM during the 2013–15 academic years and revealed that BAM participation reduced violent crime arrests by 50 percent, reduced overall arrests by 35 percent and improved school graduation rates by up to 20 percent.

Youth Guidance’s unique work and evidence base have drawn national attention from civic leaders and inspired former President Barack Obama’s My Brother’s Keeper Initiative. Mayor Rahm Emanuel recently announced support of the expansion of the BAM program to serve 4,000 young men in Chicago Public Schools in 2017—a 30 percent increase over the prior year.

Read more about this research.