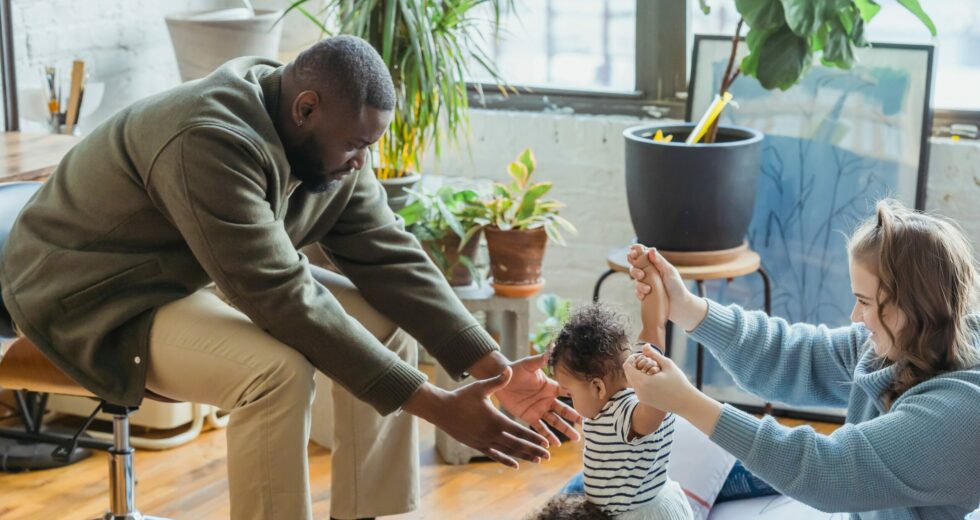 Over the last decade, there has been a 276% increase in the population of multiracial people in the United States. In this month’s issue of the Journal of Child and Family Studies, a new set of studies describe the unique challenges that multiracial families face, and their unique strengths in health outcomes and resilience when faced with adversity.

Multiracial families face all-too-familiar experiences of discrimination as well as particular challenges related to the presence of multiple racial identities within family along with the perceptions and judgments of others. “We are enormously grateful to Drs. Roy and James for their stewardship and contributions, along with the authors who brought new insights based on their own inquiries and observations, both professional and personal,” said Farrell.

The issue explores the changing demographics of multi-racial families, how these families buffer adversity and promote resilience, and their strengths across family life stages.

Multiracial Families: the Challenges, Strengths and Work that Remains, by Roudi Nazarinia Roy, Alethea Rollins, Anthony G. James Jr., and Maureen Perry-Jenkins. This introduction to the special section provides an overview of the unique experiences of multiracial families in the United States. The authors observe a set of themes, starting with the fact that the demography of multiraciality is changing along with that of America. Multiracial families face unique challenges to their health and well-being. They answer the challenges of discrimination in equally diverse ways, but common among them is the development of new assets and forms of resilience.

Counting Families, Counting Race: Assessing Visible Family Structural Change among Multiracial Families, 1980-2018, by Jenifer Bratter, Raul S. Casarez, Allan Farrell, Sharan Kaur Mehta, Xiaorui Zhang, and Michael Carroll. This study tracked the prevalence and racial composition of multiracial families where parents are married and unmarried from 1980 until 2018. The authors observed that as interracial marriage increases, so do multiracial families. Unmarried families are increasingly multiracial, with the most growth among White unmarried women.

She’s Biracial, but She’s Still Black: Reflections from Monoracial African American Parents Raising Biracial Children, by Yolanda Mitchell. In this commentary, a scholar of Black families blends observations from her research with those from personal experiences. Mitchell observes that Black parents engage in racial socialization as a protective factor (against racism and discrimination) in their children’s development.

Loving Across Racial Lines: Associations between Gender and Partner Race and the Health of Young Adults, by Byron Miller, Anthony G. James, Jr., and Roudi Nazarinia Roy. This paper examines the moderating effects of gender and partner race on self-rated health and mental health of White, Black, and Hispanic young adults. Interracial romantic relationships are associated with both positive and negative outcomes. Depressive symptoms and health of romantically involved young adults varied by the couple’s racial composition. Among interracial dating couples who are Black, White, or Latinx the highest self-rated health and well-being is among men whose partners are Black women.

The following articles also appear in this month’s issue of the Journal,
but require a subscription to access

Dual Realities: The Unique and Multilayered Experiences in Multiracial Families, by Roudi Nazarinia Roy and Alethea Rollins. This paper discusses the inherent diversity within multiracial families and the unique experiences of racism and discrimination they encounter.

Multiracial Families: Differences in Values and Relational Outcomes, by Alexandrea Lee Craft, Christina Rowley, and Maureen Perry-Jenkins. This study examines how the racial and ethnic composition of couples are related to differences in their parenting beliefs and gender ideology. Multiracial couples are at increased risk for conflict and other negative experiences: they report more differences in parenting and gender beliefs than same-race couples, but these do not explain differential outcomes in relationship quality.

Parental conflict in the Context of Multiethnoracial Relationships, by Christina Albina Rowley, Maureen Perry-Jenkins, and Alexandrea Lee Craft. This study examines how the ethnoracial composition of couples (same versus different racial or ethnic backgrounds) predicts levels and increases in co-parental conflict across early parenthood and look at familial support as a mediator and moderator of this relationship. Mothers in multiracial dyads experience greater coparenting conflict and lower familial support than their same-race counterparts. Fathers in multiracial dyads experience less family support than same-race dyads.

It All Started at a Post Office: Interracial Love and Its Complexities, by Indira D. Feustel. A young Caucasian Czech woman met an Asian Indian man while working in a post office in Czechoslovakia in the mid-1960’s. The immigrant, interracial couple’s narrative is told from their biracial eldest daughter’s perspective and her experiences growing up in a multiracial, multicultural family in Canada. Among Feustel’s observations are that the responses of friends and loved ones to a person’s disclosure of experiences with racism make a difference.

Passing the Peace: Embracing Multiculturalism in our Black Christian and Punjabi Sikh Marriage, by Jarrod Colbert. In this commentary, the authors (a Punjabi Sikh American woman and African American Christian man) address their family’s interfaith and interracial experiences. The title refers to how they respond to prejudice against their intercultural marriage.

Special Section Conclusion: Future Directions of Multiracial Families, by Anthony G. James, Jr., Alethea Rollins, and Roudi Nazarinia Roy. The special issue on multiracial families concludes with some advice for future research and practice as they relate to multiracial families.

Chapin Hall is the editorial home of the Journal of Child and Family Studies (published by Springer). The Journal is co-edited by Chapin Hall Research Director Dr. Anne F. Farrell and Dr. Cheri J. Shapiro of the Institute for Families in Society at the College of Social Work, University of South Carolina.