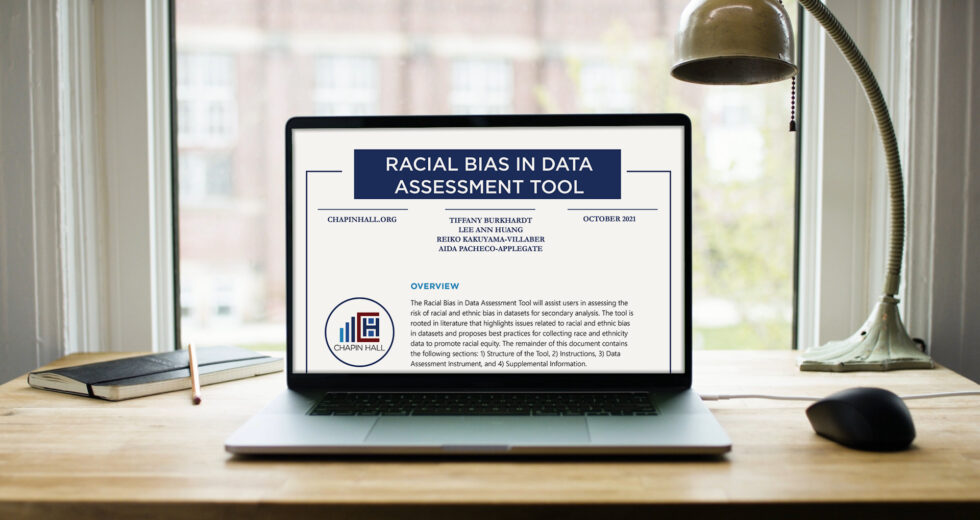 Yet it is unclear how often researchers consider whether the dataset could be racially or ethnically biased. Such a bias could have implications for their analysis and the interpretations drawn from the data.

Chapin Hall developed a tool to assess survey datasets for racial and ethnic bias. This tool provides a clear, systematic method for researchers to determine whether survey data they plan to analyze were collected with a racial equity lens or not. Using the Racial Bias in Data Assessment Tool could lead to less racially biased research.

The goals of the project were to:

Our project began with a literature review that identified key topics to include in the data assessment tool and critical supplemental information. After developing the tool, we tested it by assessing a publicly available survey dataset for potential racial bias. We then sought advice and guidance from an Advisory Committee. The Committee was comprised of Chapin Hall experts specializing in applying a racial equity lens in research, data collection and analysis, and evidence use in policy and practice decisions.

The Racial Bias in Data Assessment Tool is available to anyone interested in assessing a survey dataset for potential racial and ethnic bias. We plan to collect feedback from researchers who use the tool to inform future revisions.

For more information about this project, contact Dr. Tiffany Burkhardt.

Learn more about  Chapin Hall’s work to foster a new era of equity.