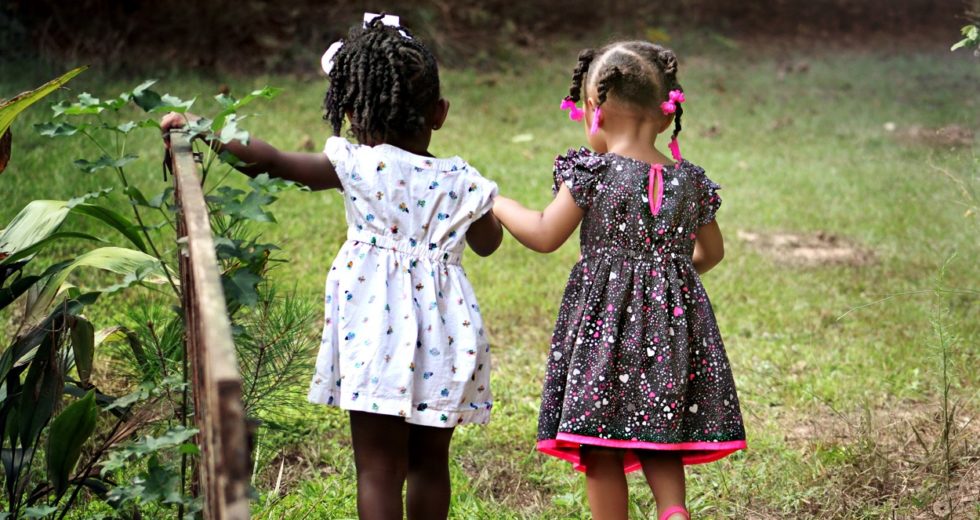 To examine the preliminary and perceived outcomes of the parenting program, researchers developed a multicomponent evaluation. They conducted an implementation study and an outcomes study of the Altgeld-Riverdale Parenting Program. The implementation study documented whether the parenting program was implemented as designed. For the implementation study, researchers also analyzed program service data, completed observations of home visits and parenting groups, and interviewed staff and stakeholders. The outcomes study measured preliminary outcomes and used four data sources: (1) data from comparable programs, (2) program data from Altgeld-Riverdale, (3) quarterly program reports, and (4) interviews with 11 participants.

To assess the impact of the Coalition, we interviewed and surveyed Early Learning Coalition members and surveyed community members. Both surveys were administered at two time points about 2 years apart.

The outcomes study of the Altgeld-Riverdale Parenting Program revealed:

Findings from the surveys of the Early Learning Coalition include: 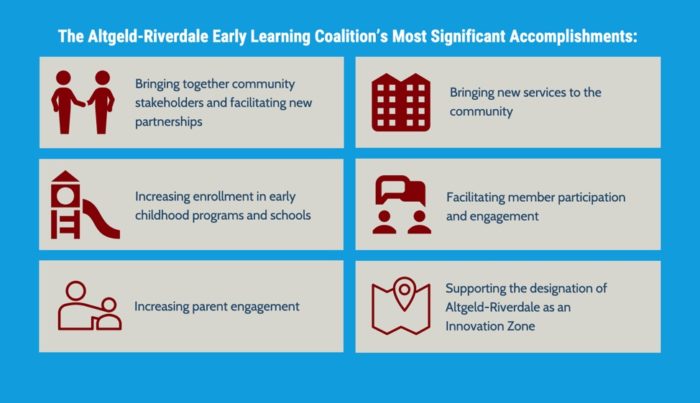 The parenting program is an essential support for families with young children in the community. Recommendations for the program include furthering efforts to:

The Early Learning Coalition brings together service providers to focus on ways to improve children’s lives. The Coalition should continue its efforts for supporting early learning, including raising awareness about the importance of social-emotional learning in early childhood and holding early learning enrollment fairs. While the Coalition remains strong, specific strategies can help sustain its impact. These include: