Majority of CalYOUTH Participants Enrolled in College, with 10% Attaining Degree by Age 23 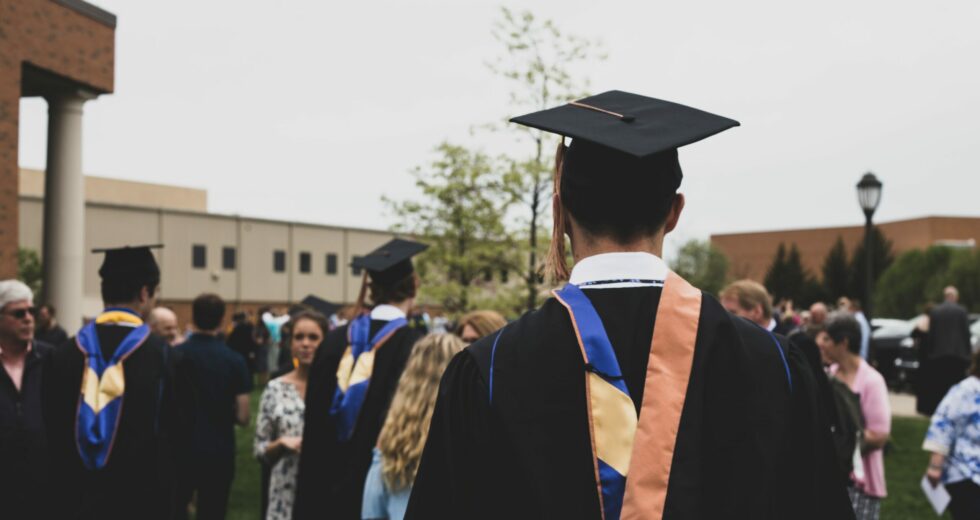 Graduating from college is a life-transforming achievement for young people with foster care backgrounds. This memo provides an early look at factors that promote or stymie college degree completion by around age 23 of youths transitioning to adulthood from the foster care system.

The outcome investigated in this memo is whether or not youth completed a college degree, drawing on data from the Wave 4 CalYOUTH interviews and from National Student Clearinghouse data. The sample included 719 participants from the longitudinal study. Additionally, we ran separate analyses on the subset of youth who had enrolled in college (n = 446). Several groups of factors were analyzed as potential predictors of degree completion, including youths’ demographic characteristics, personality traits, educational background characteristics, maltreatment and foster care history characteristics, involvement in foster care planning and information they received about extended foster care, behavioral health problems, social support, and postsecondary education services in their county (based on caseworker perceptions). Additionally, in the analysis involving just college enrollees, we also analyzed several characteristics of the college the youth first enrolled in, as well as whether youth were involved in a campus support program (CSP) at any point in college and whether they had received an Education and Training Voucher (ETV).

Among all CalYOUTH participants (n = 719), the majority of youth had enrolled in college (61.8%). Overall, just about one in ten youth (9.6%) had completed a college degree, including 6.0% who completed a 2-year degree and 3.6% who completed a 4-year degree. Males, youth who identified as not being 100% heterosexual, and youth who had ever repeated a grade in elementary or secondary education had lower expected odds of completing a degree compared to their counterparts. In the full sample of CalYOUTH participants (n = 719), higher reading proficiency, better high school grades, prior placement in kinship foster care, and having received a lot of encouragement to continue their education from foster care professionals increased the youths’ expected odds of degree completion. In the sample of just youth who had enrolled in college (n = 446), Black youth were more likely than White youth to complete a degree, as were youth who received an ETV (versus those who did not) and youth who first enrolled in a 4-year college (versus youth who first enrolled in a 2-year college).

A key finding of this memo is that the majority of CalYOUTH participants had enrolled in college, and nearly 10% had attained a 2- or 4-year college degree by around age 23. These rates are generally higher than rates reported in other studies of transition-age foster youth, and may be a result, at least in part, of the investments made in the past two decades in California aimed at increasing college access and persistence for foster youth (for example, extended foster care, ETVs, campus-based support programs, community college tuition fee waivers). Several factors (for example, markers of youths’ academic achievement, postsecondary education encouragement, and the role they played in transition planning meetings) were significant predictors of degree completion in the full sample, but the magnitude of these factors generally became smaller and nonsignificant in the college enrollee sample. This suggests that part of these predictors’ influence on degree completion has to do with increasing the odds that youth enroll in college.

The findings suggest that youth who had ever repeated a grade will benefit from extra support as they make their way to a college degree. LGBTQ youth may face additional stigmatization, both on campus and off, that affect their chances of completing a degree, and underscores the need for protective supports and services. The finding that degree completion rates were higher for Black college enrollees than White college enrollees is a promising finding as it counters general trends in college outcomes, and future analyses should more closely examine potential contributors to this outcome. Degree completion was higher for youth who first enrolled in 4-year colleges, which is also consistent with national trends, yet it is important to note that only about 11% of youth in this study first enrolled in a 4-year college. Finally, ETV receipt was found to increase the odds of completion, as it may provide critical funding that helps reduce financial strain and increase youths’ economic stability as they pursue a college degree.